Say what you will about the past ridiculousness of .NET Framework versioning, since the confusion of .NET 3.5SP1 they've  been trying to get it right. It's not the magic of Java Version 6 Update 31 (build 1.6.0_31-b05) but it's a start. O_澳门新萄京官方网站，o

Failed to create AppDomain "YourSQLDba.dbo[runtime].79". Exception has been thrown by the target of an invocation.

Back in July of 2011 I wrote a post on Issues with .NET and Microsoft Product Versioning that got the attention of some folks. I was most concerned about some "platform updates" to .NET 4 and the way they were named. Meetings were had and those small updates now have simpler names versions like NET 4.0.1, etc.

Failed to create AppDomain "YourSQLDba.dbo[runtime].76". Exception has been thrown by the target of an invocation.

I'm not going to tell you it's not confusing today. I do think that things are getting better and becoming less confusing. .NET 4.5 is a step in the right direction of transparency in versioning.

Side-by-side means that different versions of .NET can live together on the same machine.

In-place upgrade means that the CLR is the same but new libraries are added as well as bug fixes and performance improvements: 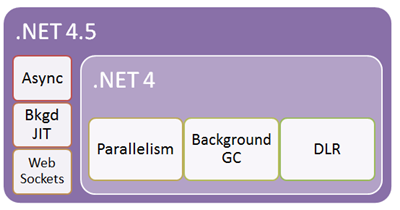 There's been some concern about how .NET 4.5 is an "in-place upgrade" of .NET 4. That means .NET 4.5 is still the v4CLR and adds new libraries as well as improvements to the core CLR itself.

come directly from .NET/CLR itself. It's usually about some inconsistency with the CLR/.NET itself. It means the CLR installation is corrupted (unlikely), or, more likely, a .NET patch was recently installed and the machine is pending a reboot.
Let us know if reboot doesn't fix the problem.
About the upgrade failure from upgrade step 677 to 678: this issue is fixed in Denali RC1.

Rick Strahl said on his blog:

Note that this in-place replacement is very different from the side by side installs of .NET 2.0 and 3.0/3.5 which all ran on the 2.0 version of the CLR. The two 3.x versions were basically library enhancements on top of the core .NET 2.0 runtime. Both versions ran under the .NET 2.0 runtime which wasn’t changed (other than for security patches and bug fixes) for the whole 3.x cycle. The 4.5 update instead completely replaces the .NET 4.0 runtime and leaves the actual version number set at v4.0.30319.